Originally published in The Taos Neews

My second visit to Taos happened in February 2008. I had been invited to read from my novel A Girl like Che Guevara (Soho Press, 2004) by SOMOS. The name of the organization sounded intriguing: The Society of the Muse of the Southwest. I had never heard of it but accepted gratefully the opportunity to return to Taos.

When I found out that SOMOS held regular book readings and literary events, I was ecstatic. More so when David Perez, who worked for The Taos News at that time, interviewed me for Tempo. The day of the reading, which took place at the Harwood Museum, I was pleasantly surprised to find around fifty people there. My experience with readings in Albuquerque hadn’t been outstanding: if ten people showed up, that was a good number; fifteen were a crowd, and over forty…well, the truth is that I never got more than two dozen attendees. 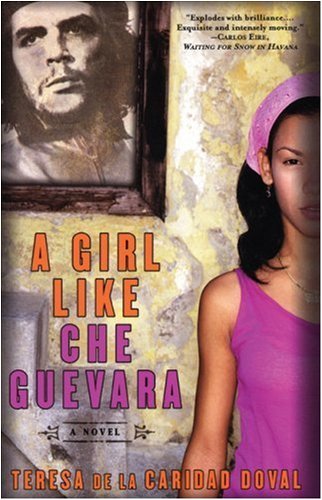 But the Taos reading was fantastic in many other ways, not just attendance. The organizers (I believe that the curator at that time was Jean-Vi Lenthe, who also read that night) had arranged for music. Peter Merscher and his batá drumming ensemble brought the Afro-Cuban rhythms to the stage. Real Cuban music in a tiny village in northern New Mexico! What else could I ask for? I read an excerpt about the orishas, the Afro-Cuban deities that are worshipped in Santería, and the way they are related to the Catholic saints. For example, Yemayá, the orisha who rules over the oceans, is identified with the Virgin of Regla. (Regla is a small town across the Havana bay.) 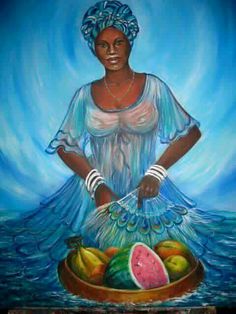 Someone mentioned the difference between Cuban santeros, people who practice Santería and believe in the orishas, and the New Mexican santeros, who are craftsmen and make santos out of wood and other materials. We all learned something new.

Later that evening I had the pleasure of meeting Kyra Ryan, who had edited my novel around six years before, when I was still living in San Diego. She was now a Taos resident. A strange coincidence, indeed.

“Only in Taos,” someone said.

When the reading was over, my hostess and some of her friends took me out to eat. To Antonio’s. Fortunately, by then I had spent enough time in New Mexico to avoid a linguistic faux pas like the one at Michael’s Kitchen, but I was still a newbie to the area. Or at least enough of a newbie to be scared by one of Taos’ most peculiar phenomena. We were enjoying Antonio’s signature dish, guacamole prepared right at our table, when I heard a low murmur. My first thought was “earthquake.” I had just come back from Mexico City and experienced a temblor that rattled the china and made the lamps swing. My alarmed questions were met with soothing answers:

“Don’t worry, mijita. This is just the Taos hum.”

Interestingly enough, not all of us perceived the hum in the same manner. For me, it was a low frequency rumble that became barely noticeable after a while. Others described it as the sound of an engine or a water pump running. Some said it was annoying; others argued that it comforted them. Two people were not “hearers” at all.

The conversation at the table revolved around the enigmatic sound. Everybody had a theory. The best part: there were no two theories alike. Among them were:

All the “hearers” have tinnitus.

It’s caused by an alien spaceship that has its base in the mountains. (That was my favorite.)

The hum was nothing new. In 1993, an investigation had been conducted by a team from the University of New Mexico. Local “hearers” were interviewed and tests were done with sound-monitoring equipment, but the results were inconclusive. Nobody knew where the hum came from though it had been going on for decades.

As we returned to our cars that night, my hostess whispered to me, “If you heard the hum, that’s good news. It means that Taos is calling you.”

Calling me? That was highly improbable. I planned to graduate from UNM that spring and was already looking for a position in academia in other cities. There were no job openings in Taos. I had never lived in a place where it snowed (really snowed!) in the winter. Plus what was I going to do in a small town? I was a city girl!

But my hostess turned out to be right. A year later my husband and I sold out house in Albuquerque and moved to Taos, where I was happy to take part in many more SOMOS events. But I never again heard the hum.

Has this happened to other “hearers”? Did you hear it just one time, and then never again? I look forward to “hearing” from you!