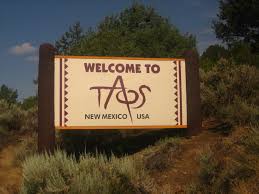 A classic ski resort, a historic art colony, a paradise for outdoorsy adventurers like river rafters and balloonists… Recently chosen by USA Today as one of the 10 Happiest Towns in the West… “A state of mind,” as D.H. Lawrence called it. Taos is all that, and more.

Originally published in Enchanted Homes, a publication of Taos News

Artsy, funky, magical and eclectic at the same time, it combines old-fashioned Southwestern hospitality with modern comforts and a touch of wilderness. You can stay in earthships to experience an off-the grid lifestyle or at a luxury hotel like El Monte Sagrado, that offers spa services (with holistic body and beauty treatments) and fine dining.

Its unique offerings of art, culture, food and traditions have earned Taos a reputation as one of the country’s most charming small towns. 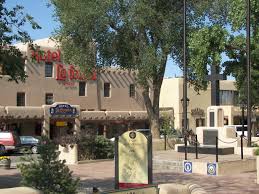 Downtown, the heart and soul of Taos

The downtown area is also home to a number of shows and exhibits that take place throughout the year. The Taos Fall Arts Festival is held at Taos Convention Center. Founded in 1974, it is the oldest art festival in Taos and represents over 250 Taos County artists. Another popular fall event is the Wool Festival, where traditional and contemporary fiber artists meet in Kit Carson Park for demonstrations of shearing, spinning, dyeing and other wool related skills. Competitions, critters showcase and delicious food make it an unforgettable experience.

Las Fiestas de Taos is one of the biggest parties of the year, held to honor the patron saints of the town, Santiago and Santa Ana. Every July, it attracts hundreds of visitors who flock to the Plaza to enjoy traditional music and a historic parade presided by la Reina de Taos, the Fiesta queen. 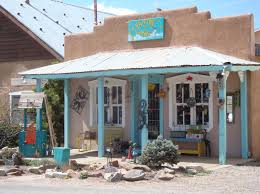 The village of Arroyo Seco is a small, lively community located between Taos and Taos Ski Valley. At 7,634 feet of elevation, it has places to shop, eat, relax and worship—all walking distance from each other.

Arroyo Seco Mercantile carries “new stuff, old stuff and stuff you need,” which can be translated as silk Japanese kimonos, Peruvian rocks, Mexican piñatas, Guatemalan beaded bracelets, and a variety of Native American designer jewelry. On the folk side, Santos y Mas (Santos and More) sells paintings, retablos, crosses and nichos with a distinctive Taoseño flavor, as many of the pieces are made by local artists.

Across the street, Taos Cow, voted one of the top ten ice cream shops in America by Bon Appétit Magazine, serves a delicious, rBGH-free, all-natural ice cream, coffee drinks and homemade salads and soups. Next to it, Abe’s Cantina and Cocina, established in 1944, sells the best chicharrón burritos in Taos.

Not too far is the Church of the Most Holy Trinity. Dating back to 1834, the old building is a masterpiece of traditional Taos architecture, with its adobe walls, heavy vigas and corbels. The new one, built to accommodate a growing congregation, has just dedicated the first Mary Garden in the Archdiocese, an area devoted to prayer and meditation. The garden is built around a statue of Our Lady of Lourdes recently repaired by local artist Ed Sandoval.

Among the many attractions available in this area (three miles north of the Plaza) the Overland Ranch Complex offers a little bit of everything. Envision Gallery is a showcase for the work of international, national, local and emerging artists. In the garden, the kinetic wind sculptures by Lyman Whitaker dance to the rhythms of nature, creating a visual sonata. Inside, it carries Sharyn Blaustein’s mixed media assemblages and monotypes by David Sullins plus the work of many more exceptional artists.

Next to it, Ancient Rituals Apothecary, a medicine house/tea house, sells Eastern and Western herbs, medicinal and traditional teas, salves and oils. April Dunbar, the owner, is a graduate from the California College of Ayurveda and offers private consultations. A place to sit back, relax and catch some good vibes!

Another El Prado jewel is the Millicent Rogers Museum, one of America’s most important resources for the study of southwestern art and design.

Last but not least, if you are hungry for Spanish tapas, stop by Gutiz, a restaurant that offers Latin-French fusion cuisine, homemade bread and a cozy atmosphere.