An interview with Graciela Limón 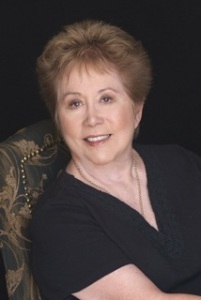 Graciela Limón is a Latina Writer, Educator and Activist.  She is the daughter of Mexican Immigrants and a native of Los Angeles. She received a Bachelor of Arts Degree in Spanish Literature from Marymount College Los Angeles, a Master of Arts Degree in the same field from the University of the Americas Mexico City, followed by a PhD in Latin American Literature from the University of California at Los Angeles (UCLA).  Prior to retirement, Limón was a professor of U.S. Hispanic Literature as well as Chair of the Department of Chicana/o Studies at Loyola Marymount University, Los Angeles, California.  She is now Professor Emeritus of that University.

Limón has written critical work on Mexican, Latin American and Caribbean Literature.  However, she now concentrates her writing efforts on creative fiction that is germane to her areas of interest:  feminism, social justice and cultural identity.  Her body of work includes In Search of Bernabé that won The Before Columbus Foundation American Book Award (1994).   Limón also published The Memories of Ana Calderón (1994), Song of the Hummingbird (1996) and The Day of the Moon (1999).   Erased Faces, which was awarded the 2002 Gustavus Myers Book Award, was published in 2001, Left Alive was released in 2005, The River Flows North, 2009, followed by The Madness of Mamá Carlota, 2012.  Her latest publication is The Intriguing Life of Ximena Godoy, 2015.

Much of her work has been widely anthologized.  She was honored with the prestigious Luis Leal Literary Award (University of California at Santa Barbara), 2009. Her Publishers are Arte Público Press (University of Houston) and Café Con Leche (Koehler Book Publishers).

Teresa Dovalpage: You have written about strong, resourceful women before (Hummingbird/ Huitzitzilín, Adriana Mora, Juana Galvez, Ana Calderon…) now we have Ximena Godoy. How do you find the inspiration for these powerful, unforgettable female characters?

Graciela Limón: Your insightful question draws me to reflect on the fact that I have encountered many strong mujeres in my lifetime of professor, writer, and just being an ordinary woman.  My female characters are mostly composites of those encounters, although in my novels they have taken the FORM of a unique, singular woman, i.e.,  the mother in search of her son, the wizened old woman of vision, the ‘new Medea’ — and so on.  I will also confess that as a writer, I distinctly work against the trap of crafting the “passive” Latina stereotype, and because of this I constantly search for that powerful, albeit humanly flawed, woman.  However, my inspirations for such female characters are primarily all around me.

Teresa Dovalpage: Yes, there are many strong mujeres out there. And we need to write about them. Now, is Ximena based on a real life or historical figure? Any “background story” about her that you would like to share?

Graciela Limón: When I was a little girl growing up in East Los Angeles, a spectacular crime took place in the old part of town where the night clubs and dance halls flourished.  The crime filled the many newspapers in circulation in those days.  It was about a hold-up, evidently gone wrong, that ended with a murder.  The crime involved a woman whose husband was the victim of that murder, and she was part of the barrio.  The chisme broke loose that it was she and her lover that committed the botched hold-up.  I don’t remember any closure coming about for that crime, but the gossip definitely stayed with me, thus becoming the promise of The Intriguing Life of Ximena Godoy.  I won’t say more because I don’t want to spoil the novel for those interested in reading it.

Teresa Dovalpage: Bueno, I want to read ya mero. Will the book be available in Spanish too?

Graciela Limón: I certainly hope that the novel will be translated into Spanish.  This, however, is up to my publisher.

Teresa Dovalpage: Ojala que si! When you write, do you plan the entire book in advance or let it flow and develop during the writing process?

Graciela Limón: I hardly ever plan a book in advance.  Rather, it’s an idea that usually captivates me (a historical event, a woman’s struggle to survive, and so on).  When such an idea comes to me, I begin to write, and usually I develop an outline at this time.  However, I’m relaxed about such an outline because I know that the story will develop on its own, usually molded by the main character, transforming the final piece into something very different from that original outline.

Teresa Dovalpage: Indeed, stories have lives of their own. How has the technological revolution affected you as an author and a reader? Do you read eBooks or want to publish your work in this format?

Graciela Limón: The tech revolution has utterly affected me as an author and reader.  It has done so in a wonderful way, and I’ve embraced it completely.  In practical terms, I compose my work directly into my IMac, knowing that I have the freedom to commit mistakes, then correct, then add, etc.  In other ways, this process, I’ve discovered, has become a truly stimulating tool, always inviting me to write more and more.  The tech revolution has also changed our methods of editing since now we do it electronically.  Gone is the need to ship manuscripts from one side of the country to the other.  Instead we do it by pushing a key.

What about eBooks?  I read most of my books now on my Kindle.  I love the portability and lightness of the device, although I will confess that I’m still in love with hardcopy books, I still love my library, I still love the feeling I get when I look at the little pile of books on my coffee table.  Do I want to publish my work in this format?  Of course!  In fact, several of my books (including Ximena Godoy) are already in that format as well as in paperback and hardcover.

Teresa Dovalpage: That’s great. For me, the possibility of making the font bigger is a good incentive to use a Kindle. Now, as an academic and a writer, what advice can you give to those of us who are still teaching and writing, and trying to do a good job at both?

Graciela Limón: I know that you’re doing not only a good job of writing and teaching, but that you’re providing excellent role models for our young women.  Honestly, there’s little advice I can give along these lines except to say that every good piece of literature we teach will potentially become a model for another book, hopefully created by one of our students.  As Jorge Luis Borges brilliantly implied: There is only one great artist (author) of which we are all a part of.  Teresa, I am reflected in your creations, and you in mine.

The only other thing for me to add besides saying muchas gracias, is to encourage you to always have faith in your work.

To find out more about Graciela Limón visit www.gracielalimon.com

Revenge and murder define Ximena Godoy’s story. Her lifetime spans the first half of the 20th century, a transformative time of revolution, economic depression, uprooting and migration. During that time, she witnesses and participates in an era of revolution, bootlegging, dance halls, as well as evolving rules that determine women’s lives in both Mexico and America. Never a traditional or conventional woman, Ximena Godoy shatters rules that govern her Mexican heritage, and even those of a wider world. Her story portrays an ever-changing woman who morphs from sheltered child into a complex, deeply flawed human being, passionate and independent, quick to love unconditionally, but just as ready to cling obsessively to revenge, a flaw that leads her into the murky world of murder and criminal justice.